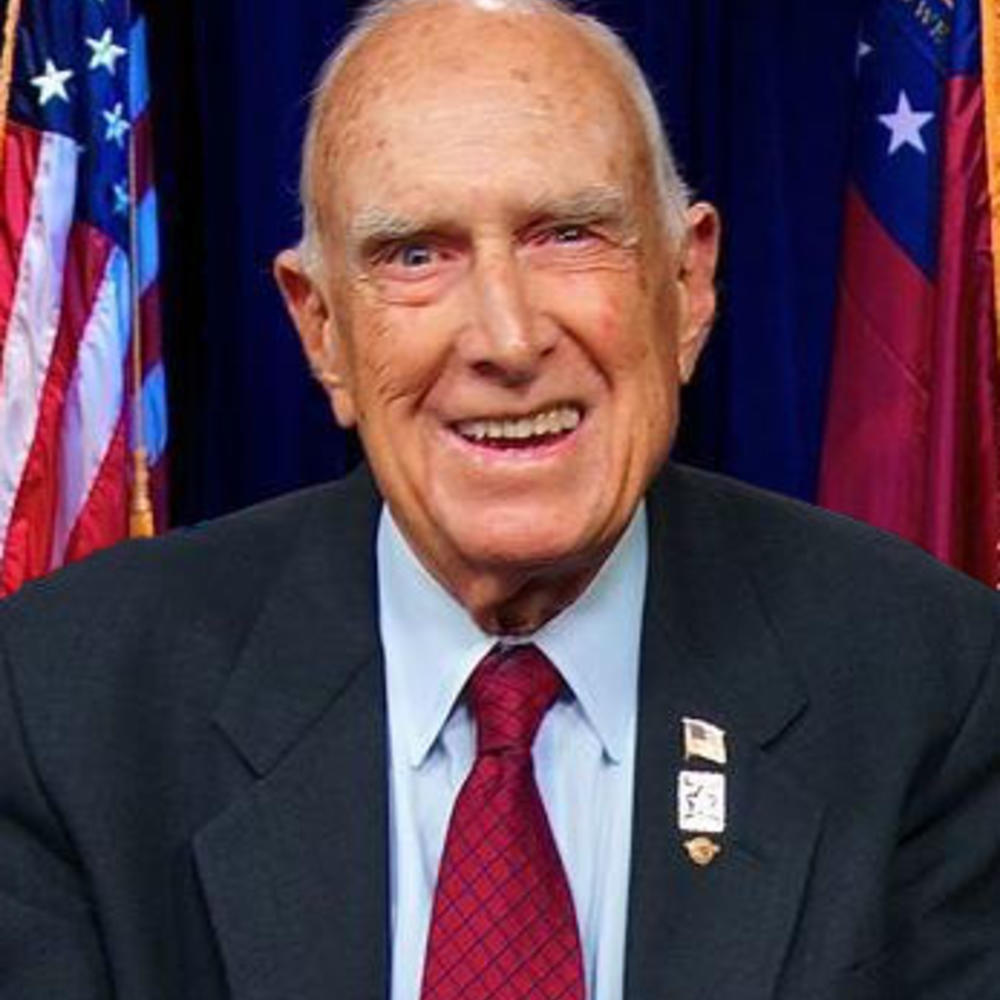 Pete Wheeler was the Commissioner of the Georgia Department of Veterans Service from 1954 to 2015.

In his honor, the GDVS released a special commemorative edition of the Georgia Veterans Bulletin.

He was an attorney and had been admitted to practice before all State and Federal Courts. The State Bar of Georgia honored him with a Certificate of Accomplishment, commemorating the completion of more than fifty years of service as a member of the Bar of the State of Georgia.

He graduated from the University of Georgia.

He was a past president of the National Association of the State Directors of Veterans Affairs.

He served in the Army Infantry between 1942 and 1946 and continued to serve in the Georgia Army National Guard until July 1978 when he retired as a Brigadier General.

He served as a member of the U.S. Veterans Advisory Commission.

He served the State of Georgia under twelve governors.

From 1954 to 2015, he served as Georgia Chairman, National Veterans Day Committee.

He was appointed as Chairman of the National WW II Memorial Advisory Board by the President of the United States, and actively served in that capacity until the dedication of the memorial in May 2004.

A few of the highlights of his career include: